I Favor My Daddy 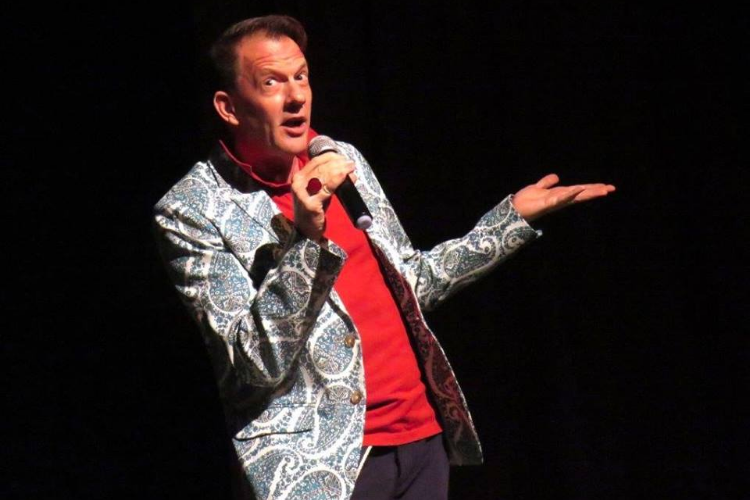 Jamie Brickhouse in I Favor My Daddy. Photo by Michael A. Hayes.

Having been wowed by Jamie Brickhouse's previous solo show Dangerous When Wet, which has made the rounds at other fringe festivals (including the 2017 Frigid Festival), I was thrilled to see him returning to NYC again to share more stories from his fascinating and dramatic life. Whereas his first work (derived from his memoir of the same name) focused on his overbearing Texan mother, this time Brickhouse turns his attention to his father Earl.

Aware of his homosexuality since he was in elementary school, Brickhouse chose to come out to his parents during the height of the AIDS epidemic in the 80s, something that frightens his mother. Despite being a devout Catholic and staunch Republican, his father is more accepting, promising that he will still love his son no matter what. After his father's death, Brickhouse reflects on how, despite seeming so different, he and his father were actually very much alike, both in their life-of-the-party personalities and in the socially centered work that they did. Earl was so beloved and popular in Beaumont, Texas that his death made front page news and even got onto the nightly TV news. The show's title refers to a line that those in Beaumont would say over and over to emphasize just how close he and his father were. An alcoholic himself, Brickhouse discovers that his father was one as well, and might also have been gay, a secret he carried to the grave.

As a three-time Moth storytelling winner, Brickhouse knows how to tell a story well. He focuses in on the most enthralling details and peppers his tales with wry humor and pop culture references. With a keen writer's eye, he knows which details to hone in on and how to create something both funny and revealing from minor details that might seem innocuous to others. Even with a bare bones set, he lights up the stage and creates a riveting, thoroughly polished performance with his showmanship and enigmatic persona, one that holds interest from start to finish. Brickhouse expertly switches between each character in his story and delivers every punchline with comedic perfection. Once again, Brickhouse shows a knack for creating comedy and finding hope even in the face of life's tragedies. I hope to see Brickhouse onstage again soon (or at least get my hands on his next memoir).

I Favor My Daddy is written, directed, and performed by Jamie Brickhouse.