The Fifth Dentist In Search of Sid’s Treasure 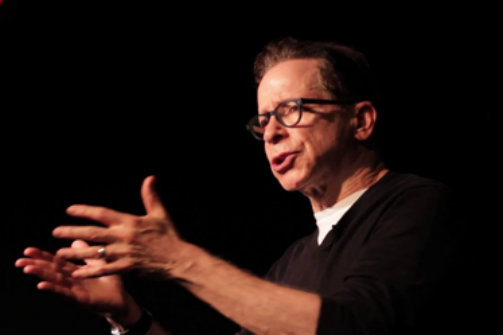 Mike King in The Fifth Dentist in Search of Sid's Treasure. Photo by Steve Marshall.

BOTTOM LINE: Visual gags and old-school jokes in this heartfelt tribute to a father's legacy.

“How you do you know you’ve been a dentist too long?” Mike King deadpans. “When you start giving yourself the laughing gas.”

In The Fifth Dentist in Search of Sid’s Treasure, stand-up comic and practicing dentist Mike King tells the story of his father: local Denver celebrity Sid King, the “Sultan of Striptease” and owner of Sid King's Crazy Horse Bar. The show centers on the wild shenanigans of growing up in an Orthodox Jewish family at odds with the strip club business. King narrates with relish anecdotes from his childhood—accidentally taking a G-string to school as an eye patch, his horror at twenty strippers arriving at his Bar Mitzvah—all the way to his present dental career and comedy moonlighting.

This chronological autobiography is interspersed with King’s stand-up routines at various venues on the 1980s New York circuit: old-school observational comedy on everything from marriage to farting in your sleep. King has clearly developed his set over the decades; these segments got the loudest guffaws of the night.

While The Fifth Dentist features two performers, this is very much King’s vehicle: actress Carol Schuberg is not so much a character as a useful scene marker, entering in various revealing costumes that denote shifts of place: maracas and a sombrero for a Mexican restaurant, a sexy nurse’s outfit for a phallic gag involving an oversized syringe. She does double as King’s comedic sidekick and dental assistant Shirley, who delivers most of her lines offstage and incessantly calls him sugar despite his requests to the contrary—as King finally exclaims: “you can’t call a dentist sugar!”

In spite of a few unfortunate sound issues, the design is functional, clean, and minimal. When playing his father, King simply dons a pair of sunglasses, while his mother is connoted by an imaginary cigarette. A projection upstage proclaims the title of the show, and is at one point used to show footage of the Clint Eastwood cult classic Every Which Way But Loose, in which King excitedly points out his father’s (and the club’s) brief cameo.

Ultimately, the show's regressive gendered and racial views struck me as problematic, with several cringingly offensive moments. However what comes across throughout is King’s profound and sincere love for his father. Near the show’s end, he speaks movingly of Sid’s plight and bankruptcy, and Sid’s lasting impact on King's own world view. And when King speaks of his six-year-old daughter, and how much Sid would have loved her, his brimming eyes turn skyward.

The Fifth Dentist In Search of Sid’s Treasure is written and performed by Mike King. It is directed by Jonathon Cerullo. It features Carol Schuberg.