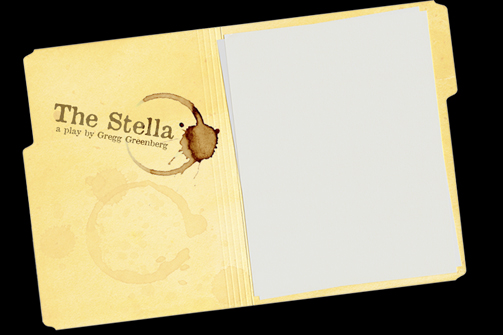 BOTTOM LINE: A professionally produced but unnecessarily crude play that would work better as a sitcom.

Remember the woman who spilled McDonald's coffee on herself and then sued them for millions of dollars? Well, her name was Stella. Her case was so outrageous that an award was named after her. Called “The Stella,” it is awarded each year to the personal injury lawyer who wins the most ridiculous case. The Stella centers on two lawyers whose ultimate goal is to win this prestigious award.

The two lawyers, Phil Schwarzbaum (Bob Greenberg) and Steven Gersh (Jonathan Melvin Smith), are fighting Carter Shelton’s case. Carter has hurt his back after jumping into his mother’s grave out of grief and is now suing the graveyard.

The play is written like a sitcom. It has heightened characters and dialogue that would work perfectly on TV. As the play unfolds we learn more about Carter's case and every detail that is revealed gets crazier and crazier. This absurdity and the physical comedy in the play seems like it comes straight from television, laugh track and all.

I personally found most of the jokes were trying too hard and were often offensive. However, it is worth noting that the rambunctious audience did not share my sentiments and seemed to enjoy the humor immensely.

The performances by the supporting characters outshine the leads in this show. Cooper Lawrence is outstanding in the role of Schwarzbaum’s new protégé, and Marcus Brandon, who plays Carter, brings a much appreciated authenticity to his character. They are both very captivating actors and the scene between the two of them was the highlight of the play for me.

The Stella is very professionally produced. The actors are well prepared, the costumes are great, and the ending is hilarious. If the humor is toned down and the dialogue not over-acted, this play has real potential.