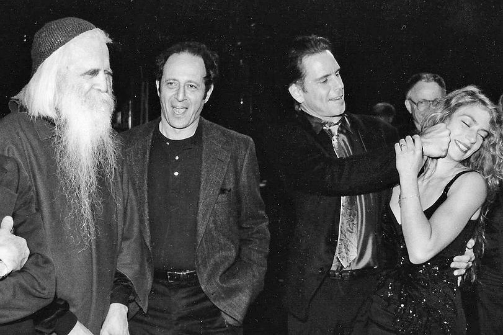 BOTTOM LINE: A wild tale of one woman’s formative years growing up in the inner circle of The Grateful Dead.

Writer and performer Felicity Seidel is a tough New York City chick with amazing, real stories bursting out of her kick-ass leather jacket. Following her parents’ separation and mother’s subsequent depression, Seidel sets out to find what life has to offer. Always a sucker for the bad boy types, she finds herself mixed up with Danny, a neighborhood gang member with a penchant for guns and drugs. At a Grateful Dead concert with Danny in Alaska, Seidel is picked from the crowd to meet the band and she begins her wild, whirlwind journey from adolescence to adulthood. From robbery to cattle ranching, dropping acid and earning a degree in Physics, Seidel lives more life before the age of 21 than most people do before they die.

Seidel is candid and charming. Her unabashed delivery of her underage romance with founding Grateful Dead member Bob Weir is mixed with both reminiscent teenage excitement and the self-awareness of maturity. The cast of characters she creates in her travels are fun, quick and colorful, and Seidel handles the transformation from one to another well.

The show's sound design by Andy Evan Cohen establishes the decade with music of the era, but also highlights many of the humorous moments in the script, like when Seidel holds a phone conversation with Danny in the midst of a shoot-out. The direction by Padraic Lillis guides Seidel with ease through her transitions of time, place and characters. Especially compelling are the projected photos of Seidel as a teen on stage with Jerry Garcia and Weir. At one point, I found myself thinking that this life story couldn’t possibly be true, but these pictures were undeniable proof scribbled in time that say, “Felicity was Here." The only missing element was a check-in with her mother—who is introduced through animation as an emotional touchstone at the top of the show, but then only reappears quickly for a laugh at the end.

Seidel’s astounding story, like something out of an episode of VH1’s “Behind the Music,” leaves you thinking she is indeed a lucky chick—lucky to have had such thrilling experiences and, at times, lucky to have survived it all.