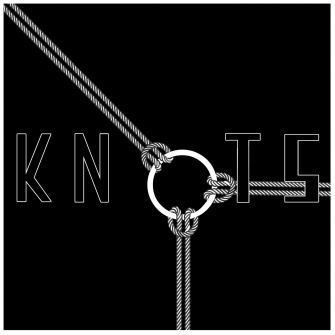 Bound to the traumas of his past, Man desperately seeks therapy. Through sessions with his shrink—simply, The Doctor—he confronts the haunting memories of his abusive Mother which are now affecting his everyday life. Things get twisted when he begins a simmering love affair with Woman. If only her hobbies didn’t remind Man so much of his mother’s favorite past time—tying little boys up—they might just hit it off! When he is unable to untangle the past and present, Man considers drastic measures to end his pain.

It was a treat to get a chance to see stage and screen veteran Kevin Kilner (Happyish, House of Cards) do his thing well. His timing is impeccable, making a feast out of The Doctor’s cynical ambivalence and purposeful sarcasm. Although The Doctor is written with a half dozen wise cracks too many, Kilner makes the jokes sing, and the audience eats it up. Lucy Lavely, in a sensual and creepy turn as both Woman and Mother, fills her character transformations with a dancer’s poise. She brings plenty of much needed weight to both roles. Running the gamut of incestuous abuser to dominatrix next door, she attacks moments of vulnerability and stark jolts of terror equally. Marc Le Vassuer as Man finds subtly wonderful depths of guilt, redemption, self-indulgence, and self-hate. He sustains the suffering throughout; each fiber of his being is torn up, and I enjoyed every bit of his genuine performance. The chemistry between him and Lavely was smoldering.

Director Adam LeGrant has a sharp eye for the audience’s experience, and he appeals to the naughtier side of his ticket-buying voyeurs. In LeGrant’s hands, along with the grimly sensual soundscape crafted by designer Mark Van Hare, the production boldly wrestles through moments of depravity, fantasy, fetish, love, and madness. LeGrant and Van Hare recognize that unless their audience is plunged into an ambience of erotica, the plot alone might not satisfy their nastier desires.

The script sets out to dive into the psyches of two emotionally unpredictable individuals who are into some hearty kink. However, as we head towards the conclusion, the script became too preoccupied with making broad stroke statements—as if it was trying to makes sense of itself before the clock ran out. We start off in a dark, dreamy realm of unspoken desires and wind down with a rather conventional message (paraphrased from the script):  "our stories are what connects us to one another." In short, the connections we make in this life are intricate, and the impact some people have on our lives cannot easily be undone. It's a surprisingly tidy message for a play that promises so much.