Bed, Beth, and Beyond

Written and performed by Beth Dzuricky; Directed by George Bartenieff 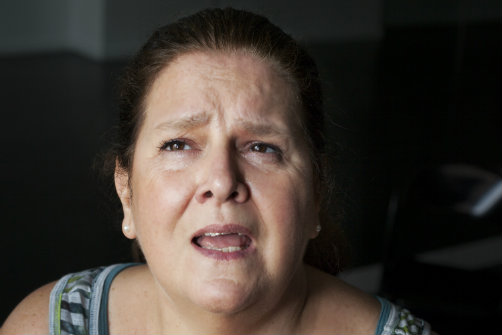 Beth Dzuricky in Bed, Beth, and Beyond. Photo by Laura Nash.

BOTTOM LINE: Bed, Beth, and Beyond is an affecting, if meandering, homage to the most impactful moments in one woman’s personal journey.

Writer and performer Beth Dzuricky has definitely had her share of disappointments in life. She recalls her childhood in Erie, Pennsylvania with bittersweet reminiscence, feigning a smile as she describes being poked, prodded and teased about her physical appearance by unforgiving family members and peers. Dzuricky gives us a grand tour of her own personal memory lane, covering everything from her first elementary school crush and excelling at tennis in high school, to an especially funny bit where she participates in a college swimming class while stoned. Upon graduation from college, Dzuricky moves to New York, holds a series of odd jobs and meets Alessandro, a nice Ecuadorian man who becomes her boyfriend. Dzuricky and Alessandro’s relationship begins with a quintessential New York all-night date, but eventually ends in a broken marriage. When her mother falls ill, Dzuricky drops everything and goes to her mother’s side to care for her, leaving Alessandro to his own vices.

It's at this point that the evening shifts into a deeper and more dynamic segment of the story. Through a series of heartbreaking events—which I won't ruin for you here—it becomes clear that Dzuricky has composed this piece as a ritual to honor those whom she has lost.  In contrast to her light and strolling speech at the beginning, Dzuricky is grounded and really finds her voice in the last 30 minutes of the play. In the tiny, cramped theater, she does a fine job of connecting with the audience and bringing us along with her; she is candid, humorous and poignant.

However, playing a volume of characters in solo shows can be very difficult for an actor to maneuver and Dzuricky’s many voices were hard to decipher at times, lacking definition to distinguish between them. Additionally, the pace was slow and circuitous at the start, but once she was able to land on the real heart of the story, the result was extremely touching.

In the end, Dzuricky won over the audience with her audacious manner, off-the-cuff humor and honest depiction of the most difficult times in her life. Bed, Beth, and Beyond is a sentimental drama that will speak to anyone who has survived the shock and loss of a loved one.