How Much Is Your Iron? and Dansen 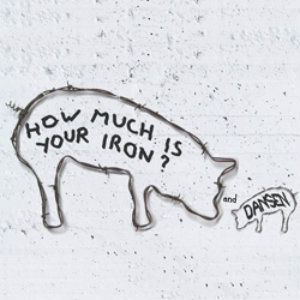 BOTTOM LINE: Steeped in Brecht’s characteristic political commentary, this pair of “lost” Brecht plays merits an airing despite some overall pitfalls in the less-refined storytelling and production elements.

Imagine: you are a pig farmer, well respected, maybe a bit on the short side, but happy and respected nonetheless. Or a humble but well-liked shoe cobbler. Or an artisanal cigar crafter. And all is fine and dandy until a tall, dark stranger enters the community, taking each one of these small businesses by force. Fear seeps in, who will be next? And why does this stranger have a penchant for creating friendship contracts just before these so-called friends get murdered? Dramatizing the rise of the Third Reich, Dansen and How Much Is Your Iron?, two rarely performed plays by Bertolt Brecht, are performed together by Freshblood Theatre at Sweet Grassmarket.

Detailing Brecht’s rendition of the Nazi European take-over and subsequent declaration of war, this play duo, written in 1939, weave together two perspectives -- Dansen, the side of the powerless businessman (representative of his country) who ultimately initials his own death certificate when he signs the Nazi friendship pact. The flip side is represented in How Much Is Your Iron?, in which iron vendor, Svendsen, a Swede, maintains a neutrality and therefore his life. Despite being written and supposedly performed separately in their time, the two pieces dialogue with one another, both benefitting from the presence of the other.

But where Brecht’s earlier wartime parables, such as The Resistable Rise of Arturo Ui better avoid heavy-handed analogies instead using more subtle and intelligent allegory, How Much Is Your Iron? and Dansen fail to circumvent overt and obvious storytelling about the rising tensions of wartime. This total transparency would certainly contribute to the plays being lost, or “lost,” but it also renders both mini-dramas simply less interesting. The charm of characters being named after the countries they represent wears thin after their first mention, and the all-too apparent Nazi character, “the stranger,” allows for overacting and over-costuming, as happens in this production.

Though the opportunity to see forgotten Brecht pieces is certainly novel, less heavy-handed staging would be necessary to make up for the writing’s inherent didacticisms. That said, however, this young company may have a promising future ahead of it if it continues to source forgotten or hard-to-find works in need of producing.

(How Much Is Your Iron? and Dansen plays at Sweet Grassmarket @ The Apex International Hotel, 31-35 Grassmarket, through August 17, 2012. More information available at ironpig.co.uk.)