How I Learned To Drive 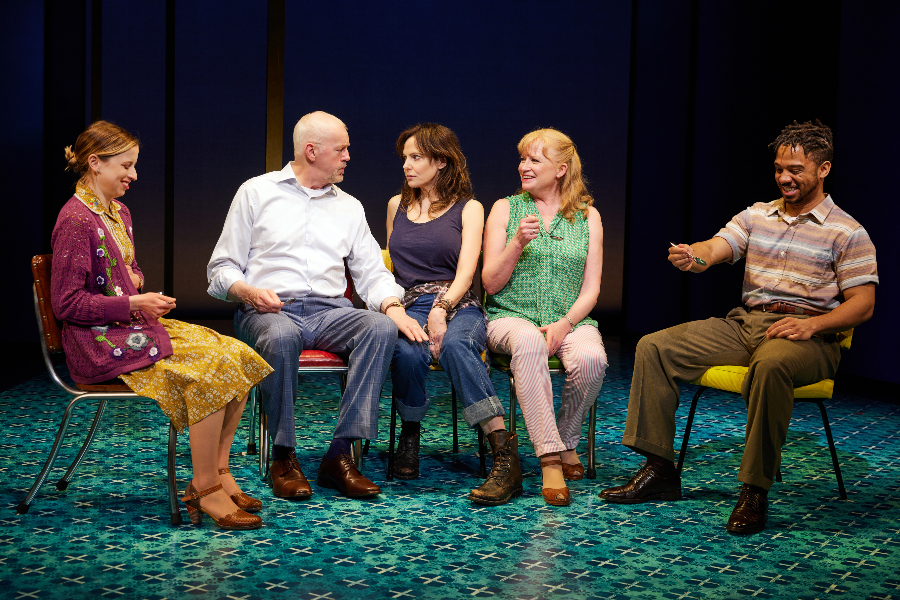 (L-R) Alyssa May Gold, David Morse, Mary-Louise Parker, Johanna Day and Chris Myers in How I Learned To Drive.
Photo by Jeremy Daniel.

BOTTOM LINE: Seen through a 21st-century lens, this 25-year-old drama remains topical and gripping, with the original leads revisiting the same roles.

Li'l Bit comes from a family full of women who are sexually open in certain respects (there's an oft-told story that Li'l Bit earned her nickname as a baby when the family opened her legs and saw a "li'll bit" there) but who exercise almost no agency—their attitudes about shame and sex are largely shaped by the time, and by the family patriarch, Li'l Bit's grandfather Big Papa (Chris Myers). Her grandmother (Alyssa May Gold), a child bride, accepts that she exists to cook and be available to her "bull" of a husband. Big Papa mocks Li'l Bit's pursuit of a college education when she is only going to be "on her back." Her mother (the terrific Johanna Day, at times both funny and unlikable, was also part of the play's original 1997 cast, along with Parker and Morse) offers up her patented advice: women should never order drinks "with sugar or sexual positions in the name" and should wear a "skin-tight girdle" so that an escort winds up with "rubber burns before he can steal your virtue."

Uncle Peck is their opposite: soft-spoken, gentle (the only man she knows who does the dishes—his bid to be respectful after all the work the women do) and encourages her aspirations. Uncle Peck is a veteran and has seen other places; he's an oasis and kindred spirit. Understandably, she seeks him out to spend time with him and also keep him from drinking, which he has pledged not to do when he's with her. Later, this turns into getting driving lessons from him. He wants her to know how to be confident and safe on the road. She loves this because driving means freedom to her.

Shared as flashbacks by an adult Li'l Bit, interspersed with a Greek chorus and strategically placed driving references, playwright Paula Vogel effectively tells the story in (mostly) reverse chronological order. The technique allows the audience to see the evolution and devolution of the relationships, and to gain a growing understanding of just how far back this abuse goes. It also encourages the audience to have a more nuanced take on Uncle Peck. The play's first line is telling: "Sometimes to tell a secret, you first have to teach a lesson." How I Learned To Drive has many lessons, among them that what happens between Li'l Bit and Uncle Peck is far more complex than a typical story about this subject may have led us to expect.

Morse, who at the time of the Off Broadway run was probably best known for playing a really good guy on the long-running St. Elsewhere, still carries over that thoughtful decency. He brings the sensibility to a supportive and kind character who can't be written off as a mere villain. Uncle Peck is a rich character, tortured, charming without being smarmy, his manipulations almost imperceptible. In his expert hands, Morse makes him pitiful at times, and also empathetic.

Parker is equally gifted, inhabiting a young girl who is somehow sweet, smart, and compassionate despite her family's vulgarity and ignorance. She conveys the complexity of the part in which the grown Li'l Bit is less interested in being a victim of sexual trauma and more in trying to find forgiveness. Whether that's for herself, Uncle Peck, or both, is an open question.

While I missed out on seeing the original 1997 run, the power of Vogel's writing is as keenly felt now as I'm sure it was then. The audience was certainly riveted (I heard not a single phone during the show). This is a rare second chance at seeing three legendary performances that have likely only gained resonance in the intervening years—what luck that this production came around again.