Written and performed by Ryan J. Haddad; Directed by Julian Fleisher
Part of the Public Theater's Under the Radar 2020

Off Off Broadway, Cabaret
Ran through 1.17.20
Joe's Pub at the Public Theater, 425 Lafayette Street 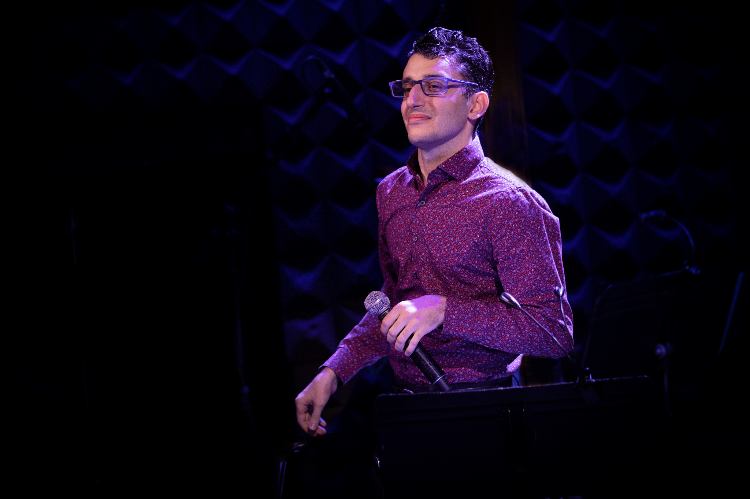 Ryan J. Haddad enters triumphantly into the cabaret world of his own making, singing "Someday My Prince Will Come" from Snow White and the Seven Dwarfs. "As you can tell from this song, yes, I am single," he joyfully smirks as an opening line. There will be many more of these one-liners over eighty minutes that you almost don't want to end. There's also a lot more musical theater, family stories, special guests, and an individual sense of style that isn't about being the best singer in the world but certainly one of our most fresh, enthusiastic, and important young voices that demands our attention.

Worlds of Haddad's own creation are not new to him. We're told that from a very young age, the "Haddad Family Theater," produced, directed, and starring Ryan, is an ever-increasing success. With multiple transfers from the living room to the backyard to the community center, the productions feature the award-winning performances of all his extended family. He even plans for a star turn as the gender bent Andy in Annie that, I'm sure, is not to be missed.

Falling For Make Believe is fun, funny, and profoundly emotional. But it isn't until Haddad tells us a story of a drama teacher who thinks he'll never work in the theater if he can't learn how to abandon use of the walker he needs (as someone with cerebral palsy) that we fully understand this cabaret triumph. The teacher makes him walk across a wide open stage to prove he doesn't need it in a misguided and deeply troubling lesson about—maybe?—self-sufficiency. Haddad panics, frozen out of fear. If he falls he will not be able to get up on his own; his body cannot do this.

But here, in his grown-up world of make believe, he and his body can do anything. And it's us who should fall for it.

The cast is Haddad, Kristen Krak, and a "magical guest."