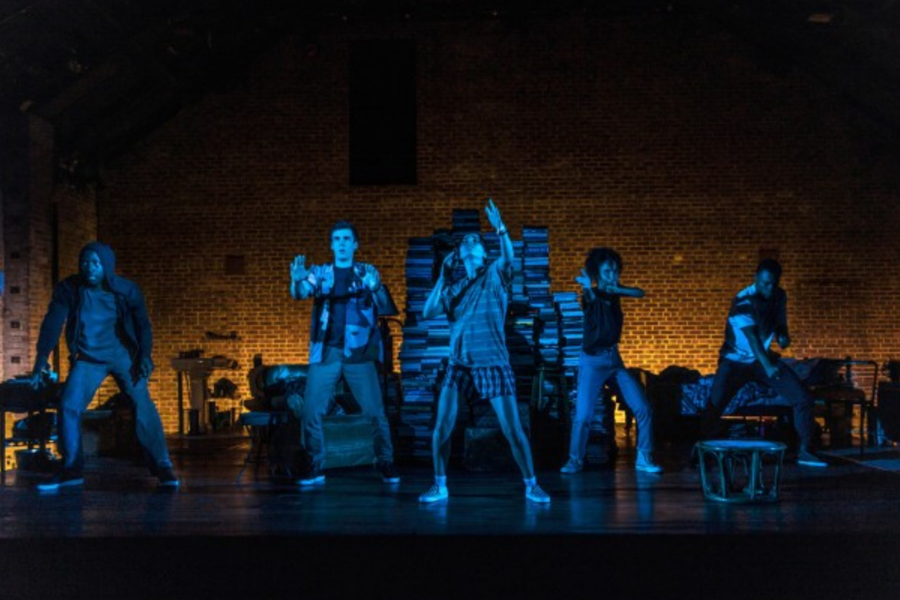 BOTTOM LINE: A group of young New Yorkers meet for a book club fueled more by a liquored nostalgia for the past than any passion for literature.

Marie (Sadie Scott), 24, has just lost yet another internship with a publishing house, and groans as she sets up her moldy, book-dominated apartment for her guests to arrive. Her roommate Jill (Juliana Canfield) soon glides through the door with a carefree smile and more vodka than one would expect to see at any traditional book club, reminding us that while these ambitious post-grads are engaging in critical discussions about literature, they’re still made of the same messes that seem to comprise all twenty-somethings in New York City.

Marie can’t help but stare at Jill whenever she has the chance; she’s kind, whip-smart, has a job in publishing (the same job that Marie lost out on), and is dating Milo (Zane Pais), a tall, white son-of-privilege. The fratty Milo soon strolls in with childhood companions Alice (Ruby Frankel) and Keith (Christopher Strange). In no time at all, the vodka is flowing, the discussion is taken over by the men, and the space becomes a microcosm of co-ed college interactions that are simultaneously claustrophobic and nostalgic to witness. When Keith and Milo begin to introduce tender topics in the format of games, a Who’s Afraid of Virginia Woolf-style attack on toxic masculinity and self-victimization ensues.

Edward Albee’s play isn’t an entirely fair label to apply, though, as director and choreographer Lee Sunday Evans expertly incorporates modern dance into the piece at crucial emotional swells. Evans’ choreography plays on pedestrian movements in repetition to flesh out the underbelly of emotional conflict in Sunday—a hug becomes a movement motif, and the shooing of a pesky ringing phone develops into an entire vocabulary for dance. These characters are working through their own silent traumas, which internally blare louder than the thumping electronica beats by Daniel Kluger. Instead of faulting to screaming matches for their conversations on status and selfishness, these characters thus become more vulnerable.

Another fascinating device in Sunday is Alice as our narrator. With unexplained omniscience, she perches from a fire escape and details the psyche of each book club participant. Alice doesn’t just draw on speculation or communal gossip, though. With kind precision, she lays bare their defining moments in life, their future successes, and how many times they’ve been in love. By including a crucial voice to this play, we see one snapshot—the events of a single evening—but are given volumes on what was and what shall be.

At one moment, Alice comments how bizarre it is that this is the time in people’s lives that the media so often perseverates on; no one is typically their true selves yet, just pretty and good at partying, enough so to seem just enviably swell. It is rare for theatre that focuses on a group of liquored-up, attractive young NYC people to do more than just that. Here, Jack Thorne expertly steers Sunday to retell this tired trope of shiny happy (and very young) people.