Concept, Text, and Direction by Milo Rau
Produced by International Institute of Political Murder and CAMPO 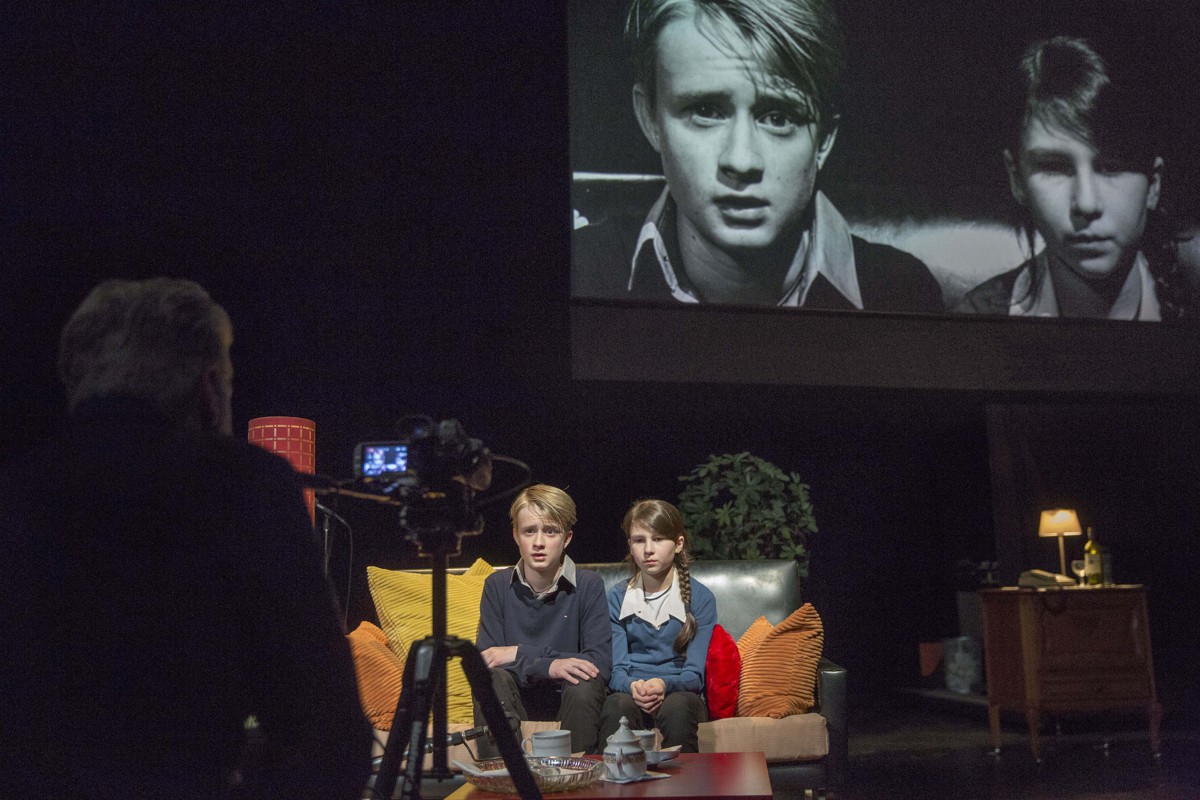 BOTTOM LINE: A multimedia exploration of the story of child murderer Marc Dutroux, told by an ensemble of children.

Children’s theatre is generally full of fairy tales, humor, and imaginative fun. Young actors aren’t usually expected to dive into the emotional complexity of how a parent would feel if they lost a child. Controversially, this is exactly what Milo Rau and CAMPO ask of their young cast (ages 11 to 15) in Five Easy  Pieces.

Initially formed as a sort of thought experiment, innovative and controversial director Milo Rau partnered with CAMPO, an arts organization located in Ghent, Belgium, to explore a different type of children’s theatre—one where children are required to use their minimal life experience to tell a story, rather than relying on youthful creativity. Shown in five sections, Five Easy Pieces examines the political changes wrought in Belgium by the prosecution of Marc Dutroux, who raped and murdered several children in the 1990s. Created with the cast based on actual interviews and news stories, what at first feels like a festival piece quickly becomes an uncomfortable but emotional experience.

Milo Rau’s direction is incredibly simple, yet detailed. Using both live actors and film, he has created a stark juxtaposition between the emotions children are able to explore and the complexity of experience. Many scenes feature an adult cast projected upstage while the children onstage recreate the scene and repeat the dialogue. The disjointed nature of this experience, watching these children having their youth stripped away before our eyes, is frustrating. The young ensemble, empathetically led by adult actor Hendrik Van Doorn, exhibits great professionalism and talent.

Anton Lukas' set and costume design is highly self-conscious: it is clear that we as an audience are sitting watching these children work on a stage. The integration of video through the entire production, with both a live-feed of the performers and pre-recorded footage, is incredibly evocative and effective. Giant projections show us the live child actors attempting in real time to recreate the thoughts of parents, policemen, and even victims. In one particularly potent moment, a young cast member is unable to cry when portraying a father who has lost his daughter...so he uses a salve under his eyes to create tears that roll down his cheeks during the next take.

Performed in Flemish with English supertitles, Five Easy Pieces is an incredibly compelling evening of theatre. Featuring strong performances from both the live cast and recorded adult counterparts, it's a thought-provoking exploration of art, politics, and child psychology.