Written and Performed by Becca Blackwell; Directed by Ellie Heyman
In collaboration with Jill Pangallo and Jess Barbagallo 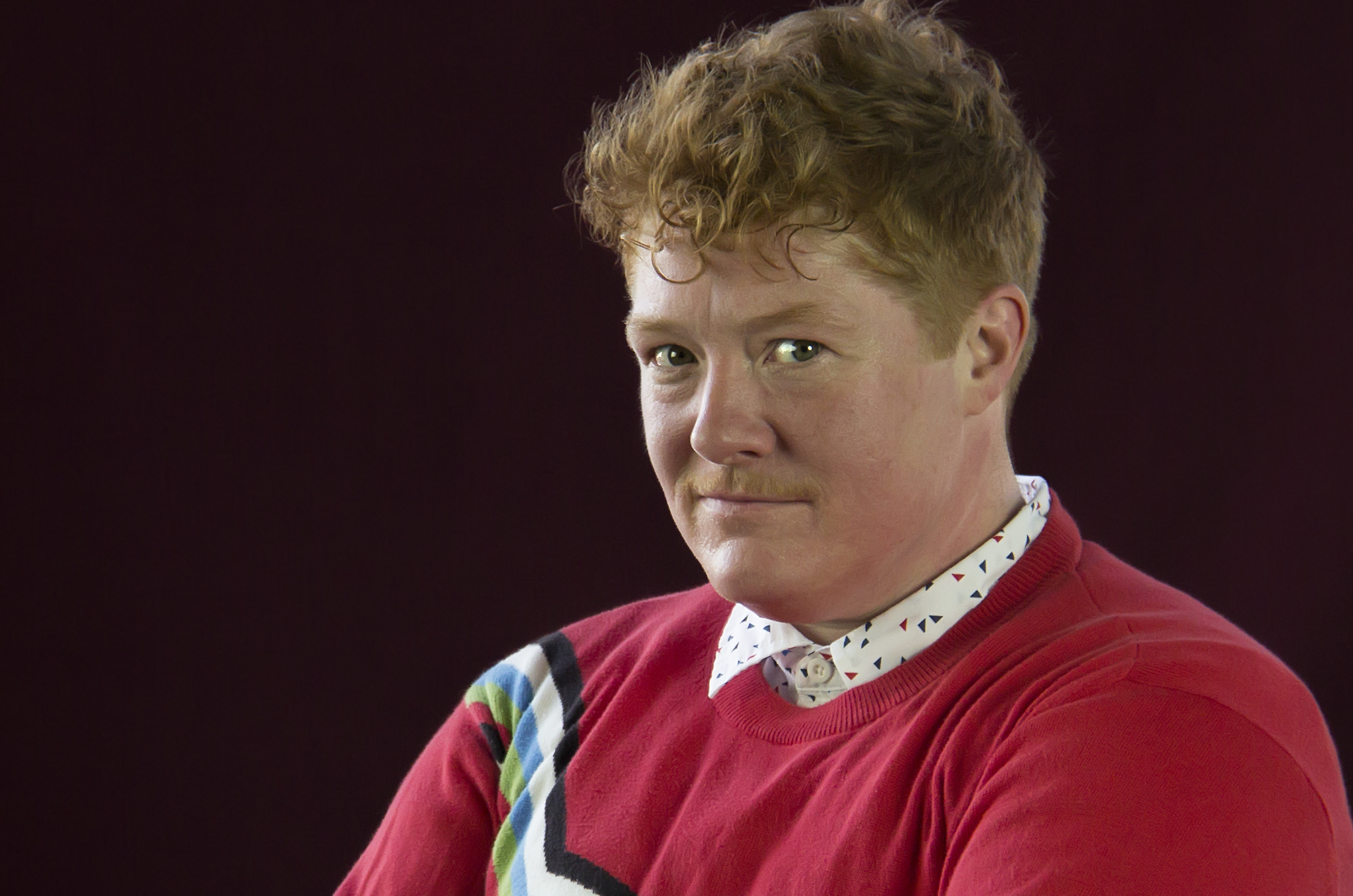 Becca Blackwell in They, Themself, and Schmerm. Photo by George Maracineanu.

BOTTOM LINE: Becca Blackwell is a powerhouse of self-love, pulling off an uber-personal set that even the most seasoned comic could never fathom attempting.

Think of the standup comedy that you know: it's mostly commanded by straight, cisgender men. Becca Blackwell refreshes this medium with their much needed casual approach to topics that are rarely broached in standup—such as being molested by several people as a child. In fact, Blackwell doesn’t just dip a toe into topics that most comedians wouldn’t have the audacity to include in their set; Blackwell triumphantly dives in headfirst and emerges, drenched in taboo and wearing a Snoopy sweatshirt, screaming, "I was molested because I was cute!"

Blackwell is an NYC-based trans actor, performer, and writer, but They, Themself, and Schmerm is not a show about bathroom politics. It is not a show about the LGBTQ+ community at large. It is not a show created as a call to arms. It is, however, a show about being yourself when "yourself" is what your world chooses to politicize the most. It is about Blackwell (who uses plural pronouns) in their own unique experience, making it all work with a “don’t fuck with me” attitude coupled with a positively sunny demeanor. Blackwell comes to the stage with no conclusions. They don’t want to be an omnipotent being, and through the accompanying direction of Ellie Heyman, this message is clear. Life is tricky, and sometimes you don’t know if you can get a penny out of your niece’s anus in a prison bathroom. Other times you don’t know what shape to make your mouth, out of fear of pronoun ignorance and produce a confused "schmerm."

Blackwell makes "schmerm" into the titular joke of the whole set. When a joke hits, you remember the punchline. When these jokes hit, you inevitably open a dialogue on these broader issues: bathroom politics, a whole community, a need for change, and that penny that is still stuck in your young niece's anus while you're visiting your father in prison. It's difficult to say too much without spoiling a delightful evening of good storytelling and plenty of audience interaction. (Blackwell sat on my plus-one's lap for three minutes in complete silence, which immediately took the evening from good to great.)

Blackwell's work aims to "expand our sense of personhood and the body through performance." They have an illustrious history of collaborations with such artists as Young Jean Lee, Half Straddle, Jennifer Miller’s Circus Amok, Richard Maxwell, Sharon Hayes, Theater of the Two Headed Calf, and Lisa D’Amour. If you should be so lucky as to catch Becca and Schmerm on a reprise, by all means indulge in the experience.

(They, Themself, and Schmerm had a one-night engagement at Joe's Pub at the Public Theatre, 425 Lafayette Street, on February 22, 2018. The running time was 70 minutes with no intermission. For more information, visit beccablackwell.com.)

They, Themself, and Schmerm is written and performed by Becca Blackwell. Directed by and developed with Ellie Heyman. In collaboration with Jill Pangallo and Jess Barbagallo.