A Case for Magic 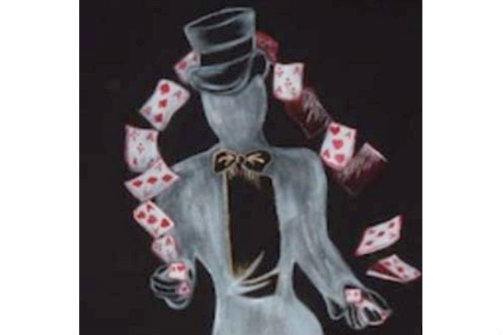 A Case for Magic.

BOTTOM LINE: A fun evening of classic magic tricks that sets out to show why magic still has its place in our lives.

Robert Malissa is, in his own words, “a magician, and I have issues.” After being told as a street performer that magicians are “the lowest form of entertainment,” Malissa set out to craft his response, a theses in defense of the prestidigious arts. His “case” is, as it turns out, quite simple:  Not only is magic fun, but the spark of wonder that magic brings out deserves its time in the sun, and perhaps we’re all a little better off when we come together to bring that spark back into our lives.

In A Case for Magic, Malissa takes us through the classic, instantly recognizable tricks of the magic trade. The program hits all the notes of the typical magic shop kit or street performance, from linking rings and cups and balls, to mind-reading and rope-dividing, to, of course, plenty of card tricks. Each piece starts with the expected trickiness of the bit, but ends in a surprising place, showing that Malissa has more up his sleeve than he initially lets on.

Malissa’s unaffected and uncharismatic stage presence is surprisingly charming—think more Ben Stein than David Copperfield—and his joy and excitement is infectious. This jubilant sincerity carries him easily through the challenge of audience-participation performance, and the clever gimmickry he uses to draw audience members onto the stage is one of the most memorable aspects of the show. The mundane corporate world operates in the show as character and constant butt of the jokes as Malissa hires “employees” and “interns” as assistants—complete with a bevy of all-too-relatable jokes about internships—and the narrative of the “case” gives the show the feel of a performative TED talk, complete with headset and one-line elevator pitch.

The production is simple and apparent, with no smoke and mirrors or elaborate theatrical elements to suggest any kind of trickery. The phrase “nothing fancy” is here not a missed opportunity but a clarity of vision that honors Malissa’s love of the craft and the sense that, in the end, we know nearly as much about the tricks performed onstage as he does. While he doesn’t painstakingly dissect tricks a la Penn and Teller or Mythbusters, he plays with the waxing and waning of the “spark” of magic and the desire to ruin it for ourselves by learning how it’s done. The technique is quite effective, as Malissa transforms a tutorial on where best to hide red balls into a madcap scavenger hunt as he steadily scales the trick up into an impressive and surprising feat. The temptation to ask “how did he do that?” is quickly replaced by the understanding at the heart of the “case”: It is, in the end, far more fun to enjoy the spark of wonder for exactly what it is.

And this is perhaps what most carries the show. At every stage of the performance, Robert Malissa is exactly who he is (well, except for that one time he is Bela Lugosi), and a show that revolves around “tricks” instead feels like the most sincere thing in the world. As a performer who wants most of all to share his love of magic with others, and to share time, space, and stories with the world, the simple fun of A Case for Magic makes for a solidly joyful evening of fringe theater.

A Case for Magic is written and performed by Robert Malissa.