Written and Performed by Josie Long 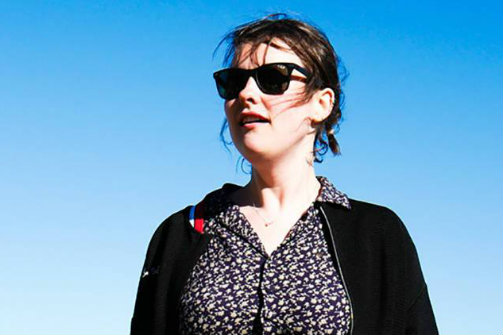 Josie Long of Something Better.

BOTTOM LINE: Josie Long's Something Better is a fresh and delightful reminder not to give up hope when politics don't go our way.

Josie Long didn’t expect her show to be so relevant to Americans. Earlier incarnations of her storytelling-comedy-solo show, Something Better, focused more on British politics and the recent Brexit, which was all rather foreign to American audiences…until the results of this month’s presidential election.

The native Londoner apologizes multiple times to the audience about our election in her current show at the Barrow Street. She’s genuinely sympathetic. She knows what we’re going through and she hopes that her show can be somewhat of a comfort during the difficult grieving period when your political party loses. And you know what? It feels good to laugh.

Josie's genuine earnestness and optimism is refreshing, as is the reminder that “despair is a luxury.” Of course, much of this is not new. These are familiar liberal ideals that we’ve been repeating to ourselves in the past three weeks, but it does help to hear them again in the confines of a theater. (For those looking for a play, this is less a perfectly structured piece of theater, and more an enjoyable evening of comedy). Josie’s vibe is so uplifting and positive that it’s easy to forget about what’s going on in the world. Spending time with her is simply a delight in the midst of the weird despair and the unknowable unknowns of our political climate.

Despite the hook of current events, the show is also a portrait of Josie as a 34-year-old woman trying to figure out the world and her place in it, while hanging on to her leftist political beliefs. The set is covered in inspirational banners, one proclaiming Adele’s genius, and one showcasing a photo of the world’s first transgender player on the American Samoa soccer (sorry—football) team. During the pre-show karaoke, she excitedly deconstructs the lyrics to “Escape (The Pina Colada Song).” The political theme is sprinkled with personal anecdotes, including her time on an island reality show (Celebrity Island With Bear Grylls, for the record), stories of her childhood, and a riff on To Kill a Mockingbird.

To be honest, the 80 minutes of Josie’s show was the most I’ve laughed since November 9th. If you voted for Trump or for Brexit, this show might not be your cup of tea, or perhaps your glass of Pinot Grigio (Josie’s beverage of choice). But for the liberal theater and comedy audiences of New York, it seems like a “safe space” to reflect on what has just happened. Is she preaching to the choir? Yes. But it feels like a nice warm hug inside of our liberal bubble.

(Something Better plays at the Barrow Street Theatre, 27 Barrow Street, through December 3, 2016. The running time is 80 minutes. Remaining performances are Thursday, Friday, and Saturday at 7:30. Tickets are $29.50 and are available by calling 866-811-4111 or at barrowstreettheatre.com.)