Off Off Broadway, Dance
Runs through 4.12.15
The Joyce Theater, 175 Eighth Avenue 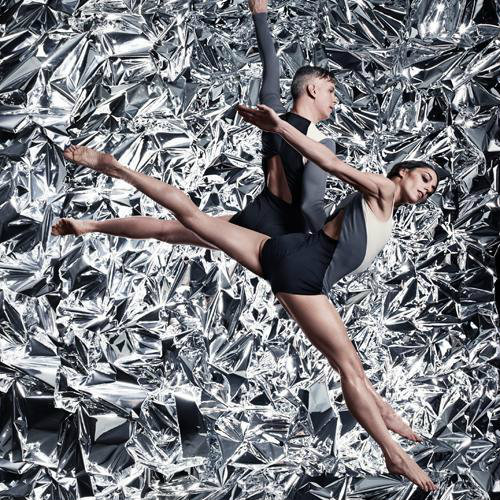 BOTTOM LINE: Stephen Petronio, an acclaimed NYC choreographer known for his edgier work, is moving into the realm of curating classics and keeping them alive while forging ahead.

With this Bloodlines project in it's inaugural year, Stephen Petronio has big aims. Next year he will include Glacial Decoy by Trisha Brown. We see him relate to these especially significant artists both as influences and inspiration. Sometimes, we need to go back to appreciate what is happening now in the dance world. The Cunningham pieces are no longer being performed as the Cunningham Dance Company has been closed. Stephen Petronio is taking a step to preserve the past.

Petronio’s Locomotor/Non Locomotor is a dance piece that reads in reverse. The sparse church bells and musical rhythms of Clam Casino weave a cohesive and symbiotic relationship. The dancers propel themselves in leaps and bounds backwards with an awkwardness that becomes the norm. The dance phrases that enter and exit stage seem to make the stage setting feel expansive and reflect a zoetrope’s circles. The dance seems to be made up of two distinct ideas/gestures that stay static and then fling retrograded phrases that are abstract and purely physical. There is a visual argument between emotion and movement until the intimate and sensual male duet between Nicholas Sciscione and Barrington Hinds. The women seem just as a counterpoint to everything male, until dancer Emily Stone changes from the earth toned leotard to a brilliant orange one. She seems larger than life in her voluptuous floor work.

After a brief pause, the curtain lifts to see the dancers moving forward through space this time. Everything that I’d been watching made the reverse seem like a flashback, but that moment is very fleeting as a poised solo by Davalois Fearon interrupts it. The dancing has attitude and sass, but is supported with artistry and technique. Many of his dancers take Cunningham technique already, and the technical influences are inherent in Petronio’s work.

Merce Cunningham’s "RainForest," with music by David Tudor  and played live by Phil Edelstein, John Driscoll, Stephan Moore and Matt Rogalsky, begins slowly with Andy Warhol’s “Silver Clouds” which are large silver pillows that fill the stage. They gently sway and rotate with the dancers and at points compete with the dancing as they float out to the audience and get bounced up into the air. I was waiting for my turn to bat the balloons back up into air, but I had an aggressive batter right in front of me and someone who was hoarding them to my right. I will never forget this performance because Merce Cunningham -- although not my favorite choreographer -- is still groundbreaking in how his work creates an other-worldly feeling and concept that is still awe inspiring and at the same time really fun. The dancers each have animalistic solos and are primitive yet abstract in their movements. They, without showing expression, bat the balloons just by chance as they execute their steps and it seems that the audience and the dancers are democratic. It makes you think not only about the dancing, but of the space all around you and how it’s used. I cannot help but think how special it is that each performance is unique with those sets and how in a dance concert setting it forces participation upon the audience in a world where passivity was one encouraged.

I look forward to seeing the continuation of Bloodlines with Trisha Brown, but this seems directed particularly at the art scene. I can’t wait for the participation of some current visual artists like Cindy Sherman or Anish Kapoor as well as some unknowns. Dance seems to be ending up in more and more museum settings and the dancing seems to be diluted. Thanks to artists like Petronio, people may end up coming to a dance concert that normally wouldn’t. His aim is to bring together great artists and as in the art world have them talk to each other and relate to moments in time that may not be so dissimilar.