Off Off Broadway, Play Revival
Runs through 5.25.13
Access Theater, 380 Broadway 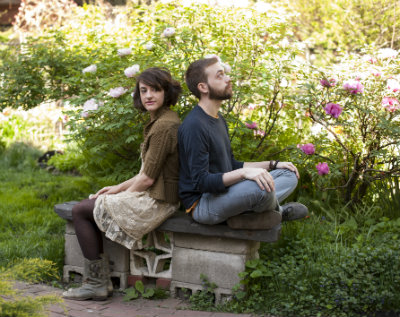 Kelly McQuail and Thomas Muccioli in THE LIDDY PLAYS.

You know that feeling of dread you experience during the last few minutes of a really good play, when you’re fully engrossed and aware that in mere moments the play will be over, thus meaning that the world you have been sucked so completely into is about to close? That’s the exact way I felt during the final moments of both of Crashbox Theatre’s recent productions of Hunting and Gathering and The Liddy Plays. Wisely, Crashbox chose to devote their entire season to Brooke Berman, and producing high quality works from a gifted writer really creates a perfect marriage of talents, giving this small theater company the opportunity to showcase the obvious abilities they possess as a group. Whereas Hunting and Gathering was a revival of a well-received work, their latest production is of a previously unproduced play of Berman’s, The Liddy Plays, written while she was still finding her footing as a playwright.

The play centers on Liddy (Keilly McQuail) and is divided into parts, each showing Liddy at a different time in her life. A projection screen in the corner flashes titles relevant to the different scenes of the play, and previous to the start of the play shows childhood photos of the actors, connecting to the theme of family.

In the first part Liddy is a young social worker interning at a psychiatric hospital. While there she finds herself drawn to a patient named Stephen (Jordan Douglas Smith). Nearly immediately, all of Liddy’s professional boundaries are broken: she tells Stephen she wants to touch him and she brings her brother to the hospital to talk with him. Over time, the connection she feels grows and soon she sees light literally pouring out of him. Liddy hints at a dark past, stating that her mother’s own mental instability influenced her career choices. The play then jumps back in time to show Liddy and her brother Emerson (Thomas Muccioli) dealing with their mother’s suicide, trying to hold onto the normalcy of their lives in the face of tragedy. Liddy is alone at home while her brother is out of state at college, they stand at their telephones trying to bridge the distance between them. Her brother asks, “Is someone holding you?” Later, we see Liddy give a monologue on the rush and confusion of a first love, giving some sense of her feelings later on for Stephen.

Each of the actors is enigmatic in their role. Kelly McQuail shines as Liddy, exuding a vulnerability that suits her character’s earnestness. Thomas Muccioli once again shows his knack for comedic timing and delivery, even doing a bit of improvisation when a loud car interrupted the show’s flow of dialogue. Although the play tackles topics that might seem overly dramatic or sappy in lesser hands (death of a family member, forbidden love), Berman writes with convincing honesty, due perhaps to the fact that much of the material was drawn from her real life experience (judging by her memoir). The more romantic scenes of the play, which center on a cutesy bookstore section theme, have the potential to be overly twee but the nuanced performances of McQuail and Douglas Smith make the blossoming romance seem believable.

Overall, The Liddy Plays is an immensely likable show merging nuanced drama with bittersweet comedy. Its endearing characters are ones that suck you in and ones you want to cheer for. The only real flaw with this production is the fact that it closes so soon. And at $15 it’s only slightly more than the ticket price for the onslaught of summer blockbusters being released, and so much more worthwhile. As a bonus, the show’s matinees are pay-what-you-can, making this play affordable to even those who normally can’t afford theater. Hurry and see this show now, before this gem passes you by. I hope the next time I come across a production from this theater company it has a longer run.