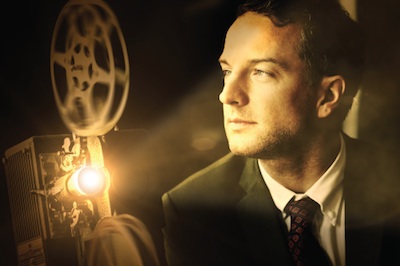 Jon Robin Baitz has a special skill for capturing the strains and turbulence of family dynamics and close relationships, as he masterly executed recently on stage in Other Desert Cities and on television in Brothers & Sisters. In The Film Society, one of his earliest plays, Baitz examines these themes at a slower pace but in the striking context of a South African school torn apart by apartheid politics.

South African teacher Jonathan (Euan Morton) is content to lead his extracurricular film club and teach alongside his two closest friends. When his best friend Terry (David Barlow) brings a black priest to speak at the school’s Centenary Day celebration, Jonathan is unwillingly dragged to the center of the political debate as his career and friendships are put on the line. As he moves up the ranks in Blenheim’s school administration, Jonathan is forced to choose between the progressive values of his friends and the traditional restraints of his seniors as he paves the way for the school’s future.

Strong performances by the six-person cast create a depth and moral ambiguity to the play that is quietly effective. Morton gives a masterful performance as Jonathan, a charming people-pleaser thrust into a highly political and controversial debate. Other particularly memorable performances include Richmond Hoxie as Hamish Fox, a school administrator who rails against change even as his heath quickly deteriorates due to spinal cancer, and Gerry Bamman as Neville Sutter, the school headmaster determined to save Blenheim from bankruptcy at all costs.

The play ultimately offers a larger commentary on South African identity, change and progress in a political landscape, and the powerful influence of money and tradition. Steven C. Kemp’s scenic design, which includes a flag with small glimpses of African patterns faded beneath, emphasizes the oppression of native culture by English power, and Jonathan Silverstein’s direction effectively complements Baitz’ sharp and natural dialogue. At nearly two and a half hours long, Jonathan’s moral dilemma is somewhat slow to develop, but the length offers plenty of time for thorough character development for all of Jonathan’s friends, family members, and colleagues in addition to his intricately developed role.

History and political buffs will no doubt be intrigued by the play’s setting and time period, which allows for an in-depth exploration of characters trying to navigate their own happiness and success while living in what many consider to be one of the most abhorrent and inhumane societal periods in recent history. With a cast that includes many Broadway, Off Broadway, and television and film veterans and an established creative team, the clear professionalism in every aspect of the show makes for a high quality production.

(The Film Society plays at the Clurman Theatre at Theatre Row, 410 West 42nd Street between 9th and 10th Avenues, through October 26, 2013. Performances are Tuesdays through Thursdays at 7PM, Fridays at 8PM, Saturdays at 2PM and 8PM, and Sundays at 3PM. Tickets are $62.50, $26.25 for students, and are available at telecharge.com or by calling 212.239.6200. For more information and a link to tickets, visit www.keencompany.org.)