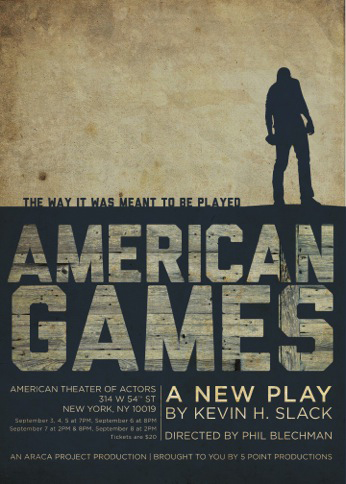 BOTTOM LINE: A drama set within the cutthroat world of professional baseball.

Famous young pitcher Henry Wool is sidelined by an elbow injury that requires surgery, but in no way signifies the end of his promising career in the majors. During the healing process he retreats to his family house in Michigan, much to the surprise of his alcoholic father and to the (suspected) delight of his fiancee. Meanwhile Patrick Hayes, a savvy reporter for a failing online sports publication, gets a tip that Wool may be retiring from the game. After traveling to the small town to get the scoop, he finds a conflicted young pitcher struggling with the expectations of his family, agent, franchise, and above all, himself. The injury has thrown the young star into an existential crisis that goes far deeper than will-he-or-won't-he-retire, and he begins to examine his relationship with his father, his fiancee, and the game that he has been playing all his life. As Wool and Hayes spend a greater amount of time together the two men form a bond that will benefit them both in surprising ways. American Games is insider baseball, but less about batting averages, strike-outs, and home runs and more about the hearts of the players, the coaches, the reporters, and the spectators who make it America's pastime.

The production moves at a clipped pace under direction from Phil Blechman, with rapid-fire dialogue that requires the audience to sit-up and pay attention and demands that the actors have some serious lung capacity. The play moves from Hayes' office to Wool's family home and to a handful of other locations, and the set changes are what slow down the events considerably. With scenic design by Ellie Engstrom, the cavernous space of ATA is transformed into one part batting cage and one part baseball hall of fame, setting the stage for the many showdown scenes that take place, but the internal set shifts seem under rehearsed and mostly unnecessary. However, with effective lighting design by Joel Behrman and spot-on costume design by Simon Brett, the other technical elements mesh well with Blechman's direction. The space itself, with its amazingly high ceilings, give the feeling of being in a gymnasium and is well suited for the work. The only downfalls are the lack of legroom and the extremely loud air-condition system that requires the already vocally taxed performers to speak even louder.

In general, there is a great deal of shouting that happens throughout the production. As tempers flare, feelings get hurt and points get made. Most of it feels inherent to the world of professional baseball where the financial stakes are high and the egos are large. But the moments when two actors slow down, look at each other in the eye, and make a deeper emotional connection are far more engaging and provide much needed breaks from the verbal sparing matches. Perhaps most effectively finding this balance are Hayley Palmaer as Hayes' workplace girlfriend and Gabriel Wright as Wool's best friend, two of the smaller roles that in these performers' hands feel quite central.

As the first full-length offering by Kevin H. Slack, the play is happy to embrace the baseball enthusiasts in the audience with enough lingo to satisfy, but doesn't get too esoteric as to lose the less sports minded amongst us. Only veering occasionally into cliche, particularly in the last moments, American Games should satisfy both baseball fans as well as the average theatregoer.

(American Games plays at the American Theater of Actors, 314 West 54th Street, through September 8, 2013. Remaining performances are September 6th at 8PM; September 7th at 2PM and 8PM; and September 8th at 2PM and 8PM. Tickets are $20 and can be purchased at eventbrite.com. For more information visit fivepointprod.com.)