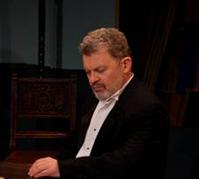 BOTTOM LINE: A highly theatrical and thought-provoking production of an early (and long neglected) play dealing with anti-Semitism in central Europe circa 1900.

First produced in Berlin in 1912, Professor Bernhardi by Arthur Schnitzler, was one of the seminal plays written in German initially to confront the issue of anti-Semitism.  Schnitzler, an Austrian doctor, novelist and playwright, had sought to produce the play in Vienna but was not permitted to do so: it was banned by the Austrian authorities for being “polemically anti-clerical,” because it “betrayed Austria,” and for its “distorted depiction of Austrian public life.”  Hence, its ironic opening in Germany, that ultimate hotbed of anti-Semitism, where it (together with Schnitzler’s other works, described by Hitler as “Jewish filth”) subsequently was blacklisted and burned by the Nazis.

The play then was not fully translated into English until 1936, five years after Schnitzler’s death, when it premiered in London in a production directed by Schnitzler’s son Heinrich.  And not until now, 100 years after it was first written, has an English-language production of this work been mounted in New York.  This production, by Marvell Repertory Theatre is being presented as the first in its 2012 series of “Burned & Banned” works, which Marvell describes as “the plays you were warned about” and as “six incendiary, provocative, theatrical firestorms – masterworks that have been burned, banned, caused riots, and gotten their casts thrown in jail.”  (The other five are scheduled to be The Threepenny Opera, Night Games, God of Vengeance, Exorcism and Spring’s Awakening.)

We owe Marvell a big debt of gratitude for bringing this long neglected play to our shores in a terrific production now running at TBG Theatre.  The large and very talented cast of 18, led by Sam Tsoutsouvas as Professor Bernhardi, brings a verve, dynamism and theatricality to this production which one seldom finds in off Broadway productions.  Costumes and scenic design are first rate and the play’s director, Lenny Leibowitz, is to be especially commended for maintaining just the right balance among the play’s multitude of personalities.

The play is set primarily in the Elisabethinum, a private teaching medical clinic in fin de siècle Vienna.  Eighty-five percent of its patients are Catholic (in predominately Catholic Austria) but
eighty percent of its doctors are Jewish.  Doctor Bernardi, a Jew, is attending to a young Catholic woman who is dying from a septic infection resulting from a backstreet abortion gone awry.   She is, however, unaware of her condition and is in a state of euphoria due to the camphor injection administered by her doctor to alleviate her end-of-life suffering.  When the Reverend Franz Reder, a Roman Catholic priest (Markus Potter) arrives at the request of the patient’s nurse, Sister Ludmilla (Jill Usdan), to perform the last rites, Professor Bernhardi bars his entry to his patient and she dies without ever having received them.

A variety of crises ensue involving the investigation of Professor Bernhardi, charges of anti-clerical behavior and counter charges of anti-Semitism, the continued viability of the Elisabethinum is put in doubt, loyalties and alliances are strained.  And the deepest philosophical and theological questions of right and wrong are raised.  Are the rights of individuals and concerns for the “truth” absolutes, trumping all other considerations, or are there circumstances (and if so, what might they be) when the individual or the truth ought be sacrificed for the greater good?  Should Bernhardi have violated his commitment to just one individual (his patient) as he saw it, in order to avoid jeopardizing the continued existence of the Elisabethinum and his ability to save the lives of many more future patients?  Or should he have acceded to the appointment of a Catholic doctor rather than a Jewish one as a new department head in order to avoid trouble? Was Reder justified in telling less than the whole truth, at Bernhardi’s expense, for the “greater good” of preserving the reputation of the Church? Was Professor Dr. Flint, Minister of Education (Jonathan Cantor) justified in effectively betraying Bernhardi for the “public good”?

This is a long play (just under three hours) and one that is long on exposition but all that time and all those speeches, monologues and dialogues are used to great advantage. ‘Tis a shame that it took 100 years for this play to make it here but you should be glad that it finally did.