An Early History of Fire 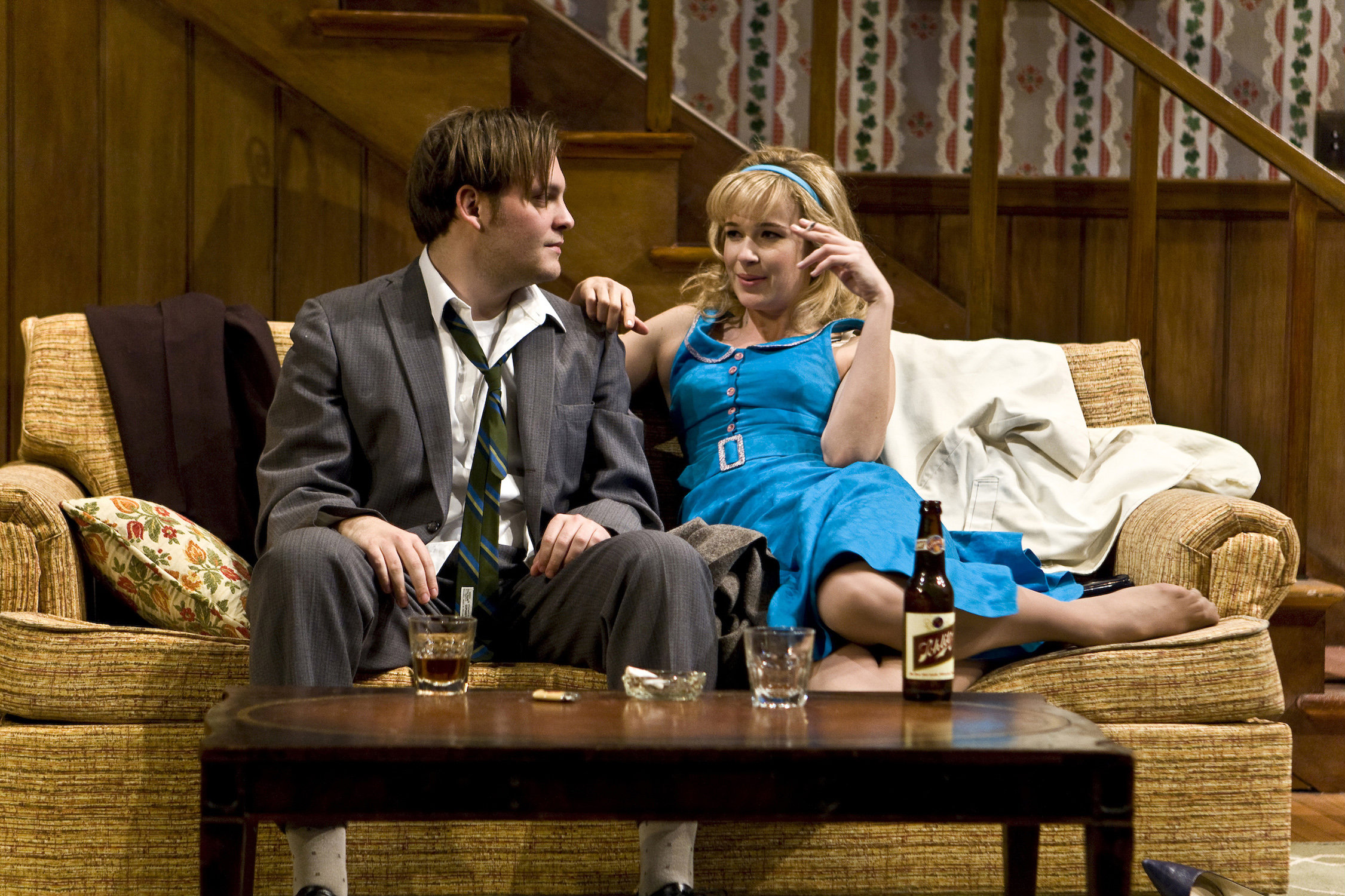 BOTTOM LINE: David Rabe’s new play about youth in crisis during the historical explosion of the early '60s never quite ignites.

The 1950s and '60s are two decades in American history near in proximity, yet far apart in ideology. David Rabe’s new play, An Early History of Fire, presented by The New Group, depicts a band of youths in crisis during this turning point in American history. Caught between the rose-tinted fifties and the psychedelic sixties, the characters struggle with questions of identity and purpose spurred on by the help of that good ol’ device one sees time and again in the American theatre -- too much alcohol. While the play depicts an historic moment on the brink of explosion (or on fire, as the title suggests), the production itself is a wet match.

The semi-autobiographical play centers on Danny (Theo Stockman), a working young man, living with his immigrated Pop (Gordon Clapp), and frequented by his two boyhood friends Jake and Terry (Dennis Staroselsky and Jonny Orsini respectively). Their run-of-the-mill lives are changed when Danny takes up with the wealthy and educated college girl Karen (Claire van der Boom) who corrupts Danny’s static life with novels by J.D. Salinger and the notion that bigger and better things wait outside of their small town.

The story is not unfamiliar: poor boy meets rich girl, a group of friends grow apart, a son is at odds with his father -- now throw in some alcohol, drugs, self-discovery, youthful angst, and enough symbolism to satisfy you until the next Chekhov revival and you have An Early History of Fire. The play seems predictable enough, but then the seldom dramatized subject of two divergent decades appears to provide a fresh perspective. The disappointment lies in the fact that the context of the story actually is compelling and should make this familiar outline speak greater volumes, nevertheless the production is flaccid and leaves the audience (to quote to play) with “blue balls.”

What is so confounding is that there are countless parallels to today’s youth who are in a similar moment of crisis, yet there is a surprising lack of empathy for the characters on stage. Jo Bonney’s direction is straightforward, but she and her actors deliver a production that never reaches its boiling point; it scarcely simmers. As Danny, Theo Stockman is unable to provide the anchor which this production sorely needs. The rest of the ensemble is capable in their various roles, but the only radiance in the play comes from Claire van der Boom who is luminescent in the role of the forward-thinking and corrupting Karen. Ms. van der Boom’s energy and embodiment of her character do manage to bring something combustible to the stage.

Rabe’s play is not the cause for the stagnant production, but it certainly has its fair share of complications. Although he is able to bring a new and personal perspective to a familiar story, the play meanders, some characters are superfluous (the mentally handicapped Benji) or underutilized (the good girl turned prostitute Shirley), and the final result is disconnected. After the night of debauchery, reminiscing, and truth-telling, Danny is visited by an apparition of his deceased mother, turning the play on its head in this unearned, discordant, and out of sync moment.

An Early History of Fire is not a lost cause but undeniably needs work; perhaps there is a revival in its future that will breathe life into the piece. Regrettably The New Group’s production does not reach the same level of success they have with other works by the playwright. An Early History of Fire wants to dance in the flames, but it cannot do so if there is no heat in the production.