Tickets to this event are SOLD OUT, however there is a wait list available every night at the box office. 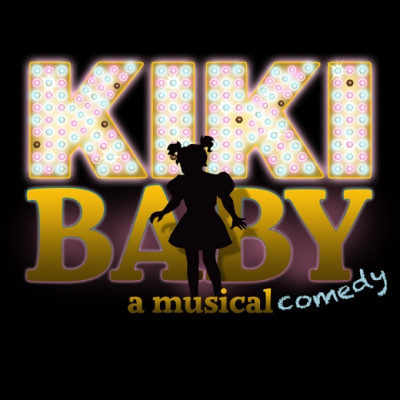 BOTTOM LINE: Kiki Baby is a new musical about a little girl whose singing takes her from a sweet kid to a star and the steady devolution of the people around her.

The New York Musical Theatre Festival (NYMF), which has presented 300 new musicals as of this year’s offerings, is known for bringing high profile talent to the nurturing of new musicals, and this year’s Kiki Baby is no exception. Its creative team and cast are littered with Broadway credits and Tony nods including co-book writer, co-lyricist, and co-director Lonny Price (Tony nominee for A Class Act), co-lyricist and music writer Grant Sturiale (former conductor/composer for Radio City’s Christmas Spectacular), and orchestrator Michael Starobin (Tony winner for Next to Normal). The cast includes a slew of top-tier talent like Jennifer Laura Thompson (Tony nominee for Urinetown), all headed by the indomitable Jenn Colella as the titular Kiki.

Based on the Rene Fulop-Miller novel Sing, Brat, Sing, Kiki Baby takes us to 1931 Germany where a mother (Jill Paice) is lured by financial need into placing her daughter’s life into the hands of a musical impresario who promises riches and renown (Steve Rosen). An entourage is recruited from the rag-tag band of tenants in the apartment building to make four-year old Kiki into a star. It’s “a tale of fame, fortune, failed opera divas, dwarfs, sweatshop bosses, monumentally bad parenting, and what happens to a little girl when no one will tell her no.”

This is a phenomenal ensemble of veteran actors having a great time with fanciful characters and rich material. The kooky boarding house scenario is comfortably familiar and well-employed, with each character having a quirky shtick, though they are developed to various degrees. Paice is divine as the soft, kind, but vulnerable mother Christine, Stacie Morgain Lewis and Jim Walton are a sensationally synergetic duo, and Thompson kills as iffy Opera “star” Marina. But the show hinges on Collela, whose energy, impishness, and enthusiasm carry Kiki Baby. Collela’s Kiki is infused with charm, cunning, and just the right dose of camp.

While a festival never gives much room for design, Wade Laboissonniere’s costumes are stars in themselves. Ranging from drab to whimsical and all in period, these costumes manage to cohere and stand out without overpowering the minimal set and props. Magnifique.

Though part of its draw comes from the “Toddlers & Tiaras” style hilarity, Kiki Baby is genuinely touching, emotional, and sometimes disturbing. The strongest part of the piece as of now is the book, but it would be nothing without plot-propelling numbers like “Peep Peep Peep,” the thematically rich “All for You,” and the song that’s been in my head all day, “Love, Love, Love.” This is a new musical that is still in works, but it is already clear that one day very soon it’s going to be wonderful.

Kiki Baby is a surprising, evocative musical that will have you laughing, crying, and begging for more Jenn Colella. You’ll be able to say you saw it when!

(Kiki Baby plays at the Theatre at St. Clement's, 423 West 46th Street between 9th and 10th Avenues, through October 16, 2011. Remaining performances are Thursday, October 13th at 5 PM, Saturday, October 15th at 9 PM, and Sunday, October 16th at 3 PM. Tickets are $25, however this event is currently sold out. A wait list is being honored every night; sign up in person at the box office the night of the show. For more information visit www.nymf.org/kikibaby.)