Off Off Broadway, One woman show
Runs through 6.25.11
The Gene Frankel Theatre, 24 Bond Street 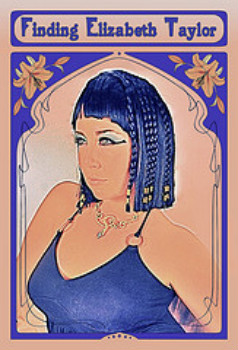 BOTTOM LINE: A curvy girl with a legend’s name finds solace and recognition in that star’s story.

Finding Elizabeth Taylor started as a familiar conversation at a dinner party about a pretty girl with a famous name, and evolved into a one woman show. Now in its fourth incarnation, director Morgan Gould brings Elizabeth Claire Taylor’s story to life as part of the Planet Connections Festivity with a portion of the proceeds benefiting Hollaback!, a movement aimed at ending street harrassment.

Obviously Elizabeth Claire Taylor grew up aware of her famous namesake, but after struggling with weight, body image, and romantic issues all her young life, a deeper connection became apparent. In Finding Elizabeth Taylor, we follow Elizabeth Claire Taylor from elementary school to adulthood in her various endeavors to find love, happiness, and a smaller waist. Certain that being thin will bring her boys, acting roles, and contentment, Taylor puts herself through diets, Weight Watchers, Overeaters Anonymous, excessive exercising, and even an eating disorder before finding the strength to love herself as she is and to instead take her focus outward. Like an actress of the same name, Taylor becomes more than her looks, developing a social conscience and an activist’s heart.

The production itself is obviously scaled back to accommodate the restrictions of a festival performance, but makes full use of the space. Gould’s staging builds a flowing story with seamless transitions. Elizabeth Claire Taylor is charming, enchanting the audience and welcoming them into her world. And the story hangs on Chris Barlow’s dynamic, narrative sound design.

(Finding Elizabeth Taylor plays through June 25, 2011 at The Gene Frankel Theatre, 24 Bond Street between Lafayette and Bowery. Remaining performances are Sunday June 19th at 4 PM, Monday June 20th at 8:30 PM, Wednesday June 22nd at 5:30 PM, and Saturday June 25th at 6:30 PM. Tickets are $18 and can be purchased at www.planetconnections.org.)