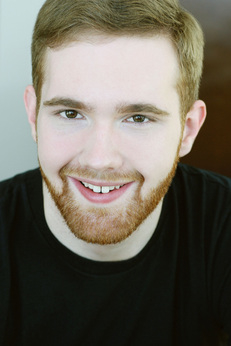 THEASY: When was Libra formed and what is the company's mission? What makes Libra unique?

NL: I founded Libra in the summer of 2010 with a group of fellow NYU graduates, mostly from the Steinhardt School for Music. It actually started out of a bit of frustration, to be honest. That summer, I had been cast in a show. I was working a full time job at Roundabout Theatre Company, and I was a little doubtful that the director and producers would be willing to work with my schedule. To my surprise, they were, and rehearsals began. But as the weeks went on, my schedule proved to be too much, and they decided to let me go. I don’t begrudge them that decision, but I did come out of that process with a new look at theater production. What I realized is that New York is a demanding city, and so many artists -- including some extremely talented ones -- are simply unable to take part in the theater community because of 9-5 job conflicts, family commitments, or other daily responsibilities.

So out of that came Libra Theater Company. Libra is all about balance. We believe that all artists, in order to truly succeed, must maintain a balance between art and everyday responsibility. And we tailor all of our programming to make that happen. We have public readings and concerts throughout the year that are less demanding on our artists’ schedules. And we make a commitment to flexibility in scheduling our more time-consuming productions. For instance, for our NY Innovative Theatre Award-winning production of 12th Night last spring, we didn’t have the full cast in a room together until our second day of tech rehearsals -- but things still came together wonderfully. And I truly believe that when you support your artists and provide them with a nurturing, flexible atmosphere, what you get back in performance is all the better.

THEASY: Who are the powers that be?

NL: “Powers that be” sounds so fancy...Right now, Libra’s run by a group of four. Of course, there’s me, who works as a full-time arts administrator (shout out to the amazing Atlantic Theater Company!). Our Executive Artistic Director Victoria Weinberg, when she’s not splitting the duties of producing individual Libra productions with me, can be seen as an actress around the city. Our Communications Director Madeline Clapps is also an actress, but if you’re a fan of Chicken Soup for the Soul, you may have seen her credited as both an author and editor. And finally, there’s our Literary Director Jeff Raab who wears many hats both at Libra and beyond -- including actor, director, teaching artist, dialect coach and composer.

Overall, it’s a very tight-knit group: a true collective effort. I couldn’t be more grateful to have this team of artists and administrators working with Libra both onstage and off.

THEASY: Libra's upcoming production is Joshua H. Cohen's The Thirteenth Commandment (which Theasy editor Molly Marinik is dramaturging!). What is the play about and what are you most excited about from the production?

NL: The Thirteenth Commandment is a truly compelling new play. The story follows Jason, an 11th grade teacher who tries to provoke debate within his sleepy class by presenting “evidence” that the Holocaust never happened. But when the press gets wind of the controversial lesson plan, battle lines are drawn and unknown truths are revealed at Jason’s ski resort-town high school.

For me, there are so many things to be excited about with regard to this play. Great themes. Thought-provoking subject matter. Compelling dialogue with just enough flecks of humor. But one of the things that excites me most is getting the chance to work with Josh again. I’ve always been a great fan of Josh’s writing -- be it as a composer/lyricist or as a playwright. In fact, Libra’s first big production was Josh’s song cycle The Entropy Songs. Since then, we’ve continued to work with him on the music theater side of things, but The Thirteenth Commandment is our first venture together into the world of drama.

THEASY: The Thirteenth Commandment is about a controversial subject -- what can audiences expect from the production and what is the intent behind putting something contentious on stage?

NL: I know that Josh has seen some strong reactions to the play during past readings and workshops at other theaters. But for me, the subject matter is actually part of what makes this play so exciting and meaningful. It’s not easy to hear a character that you come to love and root for say that the Holocaust was exaggerated or even didn’t happen. And it’s not easy to discover that a character that you grow to relate to might be anti-Semitic. In fact, it’s downright uncomfortable. But because of the visceral reaction that happens in response to those things, what you do see is how engaging, amiable people can have bad ideas. And why they have them. And -- I think, most importantly -- how facts can be twisted or selectively used in favor of a convenient dogma. There’s so much to be gleaned from this play, and I’m very proud that Libra is producing it this season.

THEASY: What's next for Libra? Where do you hope the company will be in 5 years  In 10 years?

NL: It’s always a challenge to produce theater as a small organization, particularly in New York where the cost of renting rehearsal and performance space alone can be budget breaking. But I’m so happy with the work that Libra’s been able to accomplish on a tight budget over the past three years. Looking forward to the immediate future, I know we’re hoping to work on more music-based projects -- be it a full production of a musical or something like our production of 12th Night where music is such an integral part. I’m also really trying to maintain a balance between producing existing material and working with new writers. The past and the future are equally important, in my opinion. And looking five or ten years to the future...Wow! I think it’s a long term goal to build to three fully staged productions each season in addition to our reading series and concert events. I know that requires a lot of resources and effort, but I think we’ll get there!

(Check out The Thirteenth Commandment, April 18th through May 5th, at The Bridge Theatre at Shetler Studios, 244 West 54th Street, 12th Floor. Tickets are $15 and can be purchased at libratheater.org. For more show info visit libratheater.org.)